Mortgages and Millennials: A Better Understanding 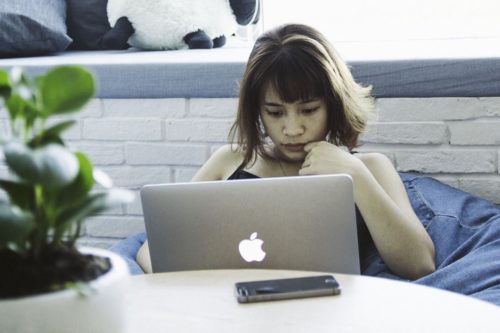 Mortgages: America’s favorite scary word. You hear it all the time: “Homeownership is not for me” or “I can’t afford/qualify for a mortgage”. For millennials, homeownership has been brought up more frequently. That’s because we’re getting older. As a person who barely made the “Millennial” generation, I often thought about owning my own home, having AT LEAST three dogs in a cool, hip location. But everyone told me that mortgages were a bad idea. Those people got that information from someone else, with no prior research, who also got that idea from someone else (also, with no prior research).

So why is it that mortgages are looked at as a negative connotation? Three words: Lack of Knowledge. After learning more about mortgages, a lot of the assumptions that I, a representative of the Millennial generation were debunked. It was actually hilarious that A LOT of people around my age group knew so little about mortgages, and took the advice to “not think about getting a mortgage” from someone who didn’t do the research themselves.

Thanks to Bank of America’s 2018 Homebuyer Insights Report, we’ll see why many first-time homebuyers are hesitant and we’ll debunk some hoaxes. It won’t be as scary as you initially thought!

53% of first-time homebuyers are saving up to afford a home. Before we analyze the numbers, did you know that you can have a down payment as low as 3%? If not, that’s fine. 49% of renters believe that you need 20% down in order to finance a home. It was the “rule of thumb” when it came to mortgages, and somewhere down the line, some genius told their friends that it was required. 20% of a median home in Queens, NY ($644,200, according to Zillow) would be $128,840. For a 3% down payment, instead of paying over $120,000, you’d pay $19,326. That’s a HUGE difference. You won’t break the bank and could save the money in case anything goes wrong.

2. What are Renters thinking?

51% of renters say that buying a home is just as expensive as renting, if not less. Why? Because according to them, rent increases every year. If you’re a renter reading, nodding your head, we feel for you.

48% of renters also claim that rent eats up over 30% of their monthly income. All that money doesn’t help build equity. In fact, 49% of renters agree that they feel like they are throwing their money away.

Pulling the trigger from renting to buying can be hard. Most of us Millennials can’t come to terms with the fact that we’re “adults” now. So making a big decision like this can feel like jumping the gun. In the second part of this blog, we’ll talk about when, why and with who these first-time homebuyers are looking to buy.

Check the Current Status of your Mortgage Application

If you have recently applied for a loan then you can check the current status of your Mortgage Application, powered by Floify.

Are you currently working with a Lyons Business Development Manager?